On Monday 3rd February 2020, the BBC’s Panorama aired a programme titled: “Cashing in on the Housing Crisis”. The programme featured two of the properties we own and manage in Harlow: Terminus House and Templefields House.

Secret filming took place and specific allegations were made against certain members of our staff regarding tenant privacy, security and reporting procedures. We take these issues extremely seriously and were disappointed with the footage and some of the views expressed. We are grateful to Panorama for bringing them to our attention and as soon as we were made aware of them we instigated an internal disciplinary investigation. At the time of broadcast this remained ongoing. We are also reviewing the information and reporting procedures between head office and building management.

We welcome anything that will stimulate a wider debate among national and local government, the private sector, charities, architects, academics and other stakeholders on the best possible ways in which to address the social housing shortfall; which is not of our making.

Each year local authorities refer huge numbers of people to private landlords, as their resources are massively stretched and they have little or no social housing available. As the programme points out this is a national problem and we have no say as to whether we accept or reject tenants as the local authorities can place tenants at their sole discretion due to the leases or nomination agreements in existence.

All Caridon’s properties are built and managed to the highest standards and comply with all relevant government legislation. As a private developer and manager of the properties, Caridon provides a level of support exceeding that provided by other private developers and beyond our contractual terms. Unlike other private developers we offer housing related support to our tenants that are vulnerable within the community. We have successfully helped tenants turn their lives around with the supportive service we provide, going above and beyond for individuals. We break the mould in social housing and the stigma given to social tenants.

There are many case studies and testimonials of tenants who have had a positive experience in our accommodation, which can be found here. To get a balanced view, we would urge you to consider the other side of the debate and read the following thought piece, which addresses many of the issues raised by all those who contributed to Panorama’s programme. 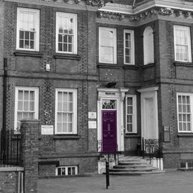 As part of Mental Health Awareness Week we hosted a get together for our tenants to play pool and table tennis. Alo… https://t.co/O8r8NGK8dl

As part of Mental Health Awareness Week we hosted a get together for our tenants to play pool and table tennis. Alo… https://t.co/H5pc08SCN3

Yesterday we hosted Art Therapy in Brent with our tenants in aid of Mental Health Awareness Week.… https://t.co/aQMZ12vCqP